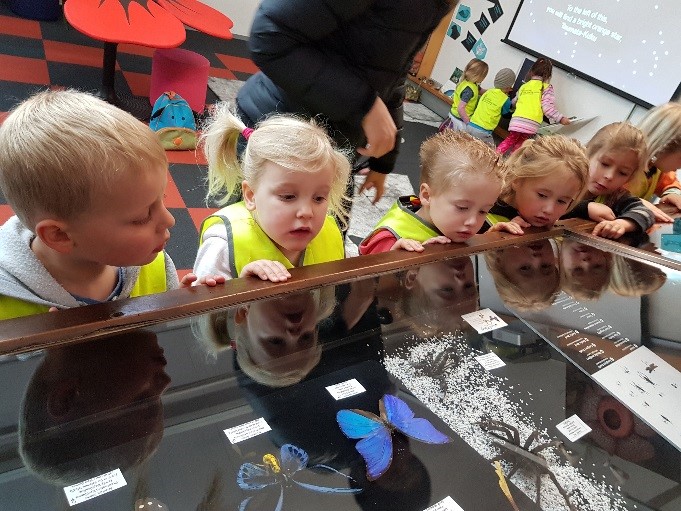 Active Explorers Richmond enjoyed a visit to the Nelson Provincial Museum! As part of the Tuakana room community trips programme Kelsie had organised for nine of the children in the Tuakana room to visit the Nelson Provincial Museum. Over the week leading up to this visit there was a lot of talk about what we might see on the trip to and whilst we were at the museum. We talked about how we have been celebrating Matariki that maybe there will be a display on this, we also had been told by the museum to expect to see some displays on insects and a display on Da' vinci's inventions and machines.

On Tuesday 4th of July we had our nine children plus Sarah all ready to go, vests on and ready to go off on an adventure. In the van on the way to town we could do some sightseeing, Maddie you pointed out the direction and road that you take to get to your house, we drove past Mitre 10 and the hospital. We arrived in town and were lucky enough to find a parking space right outside the museum.

Quietly, we entered the museum being lead up the stairs to the classroom, there was many exciting things to look at here but first we sat down quietly as a group to watch a short slide show on Matariki and the star constellation. This slide show then helped us to be able to put together the puzzle of Matariki. 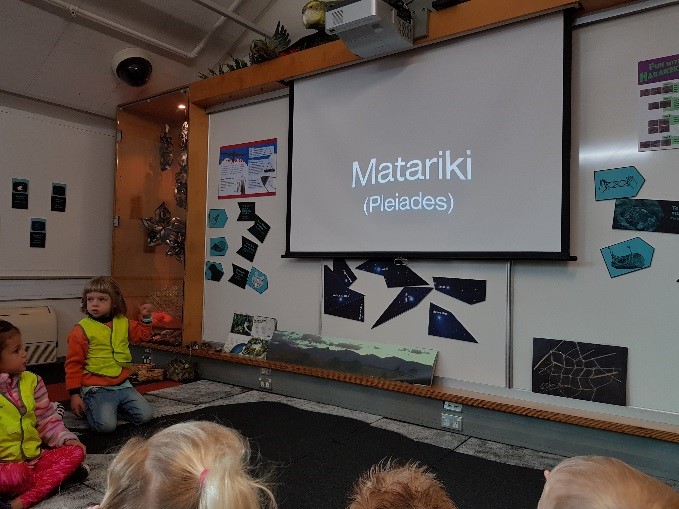 After we had had an explore around the classroom asking questions and looking at the insects, human bone puzzles, measuring ourselves and comparing height differences it was time to have a bit more of an explore of the museum. We started by moving ourselves over into the Da Vinci inventions and machines display. This was quite a precious display area so we had to remember to keep our hands to ourselves looking only with our eyes and to ask the teachers if we could touch a display, as some we could touch (with green signs) and others we were not (with red signs). In the Da Vinci area, we found several things, there was a l display on the famous artwork of Da Vinci, followed by a large section on many of the different machines and inventions made by Da Vinci.

Some of the inventions were bizarre and different and others where quite iterative and allowed the children to really think about what was happening with the invention and what the purpose was. The children spent quite a lot of time at the pulley system invention, this was an interactive display that allowed the children the opportunity to use and experience how the pulleys work. We tried each of the different pulleys and found that the weight was easier to pull up with the system that had more rope and more hoops. There were many other interactive displays; a different gear pulley system, small room of mirrors, an interwoven bridge and much more. 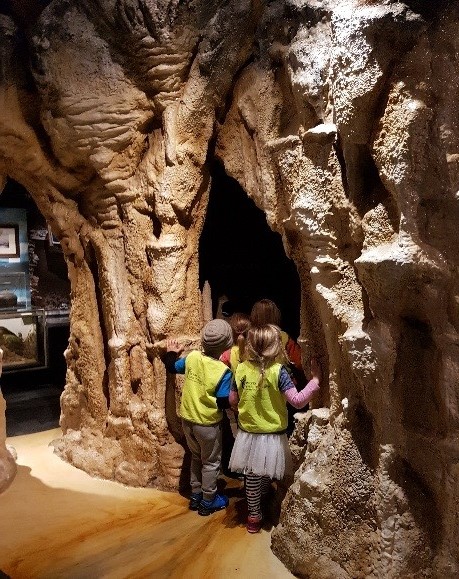 After exploring all the different Da Vinci machines as a group, we headed back down stairs to look at the history of Nelson and the Nelson displays, there was many different and exciting things to see in this area, the children could recognise a large photo of the Boulder Bank telling us that its located in town, we had a look at the different bird displays including seeing a small-scale Moa and Moa bones. However, the biggest hit was the display of the Ngarua caves, the children could go into a small dark cave, paying attention to the way the walls and ceiling of the cave was formed, as well as seeing some of the different cave dwelling creatures including a bat and the glow worms on the ceiling.

After all this excitement, it was time to head back to preschool to tell the others about all the things we had seen and experienced, and to have some morning tea, as all this new exploring and learning had made for some hungry children. 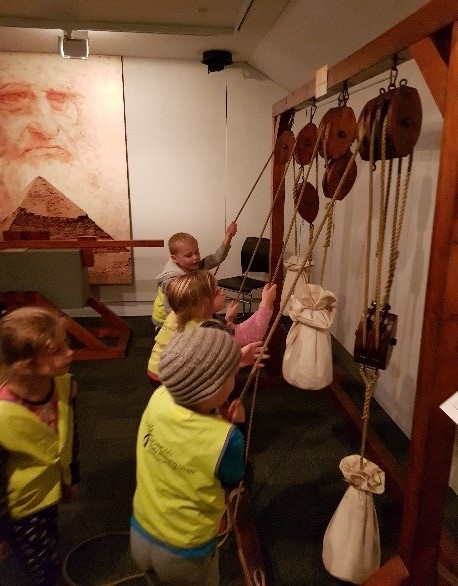 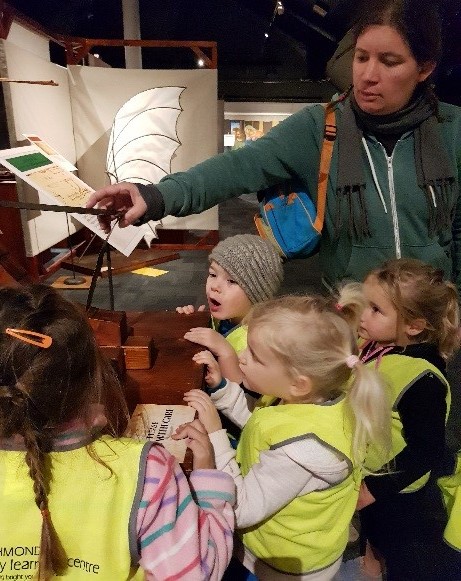